By RE - VIEWS - April 06, 2013
You want to make a fast buck. Just go Sugar.  This week will be sweet for Investors in this area(8th April 2013 - 15th April 2013) The stocks are  Balrampur Chini Mills Shree Renuka Dhampur Sugar Triveni Sugar And any other Sugar Stock - make merry till the party lasts!!!!
81 comments
Read more

How to play Opus audio files

By RE - VIEWS - April 06, 2013
Opus is the newstandard for plugin-free voice and video communication within the browser.It performs really well for music. Earlier it was simple avaible with plugins for browser with Firefox leading the way. Now its a totally independent audio format. Without much technical ado, in short its better than MP3. Since its a fairly new audio format in town, users are having trouble playing it. Its simple just download VLC Version 2.05.   http://www.filehippo.com/download_vlc_32/ Enjoy Lossless Audio from Mr Loch Ness!! Happy to help!!!
49 comments
Read more 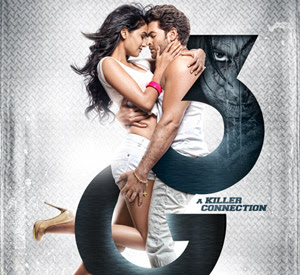 You tend to forget everything inane about 3G, just for Sonal Chauhan.She is just magical feminity in its finest form. Realy bad effort. You just can't integrate Ju- On Horror into Bollywood like this. Very shoddy indeed!!! Royal disappointment - I really thought it would be good. The worst part is that there is a story somewhere, but its lost someplace because of a pedestrian imebecile execution. But all said and done, Sonal Chauhan can save even a disaster like this just by being herself. You can just forget everything and keep watching a dream like her, even though she is surrounded by a nightmare of a movie. Can't help but compareTable No 21 and 3G. One - well inspired by Beloved 13 and delivering the goods with a brilliant social message and the other probably shades of Cell and many Ju-On horror movies pu together and inspite of a good cast and dreamy lady, failing miserably and the message at the end... will make you laugh a little more. I felt quite sad, beacuse the
31 comments
Read more

Just Special!!!! Did we ever in our wildest dreams believe that we would get to see Norman Bates in his formative years and the crucial role his mother would play to nurture him into the guy, who would'nt even hurt a fly. Bates Motel Pilot  Episode is the best first episode for a TV series I have ever seen for a long time. It was a scorcher par excellence. It started slow and steady, but by no means boring. I felt it would be one of those pilots, where you would get to know the characters and then just a simple eerie ominous end. In certain ways that happened, but with a yank-up tempo incident in the middle, which just clotheslined me outside the ring and thats what made The Bates Motel so incredibly insanely captivating. The whole concept is so scary, because we are watching before our eyes, how a good innocent boy is transforming into a pyscholgically demented man through no fault of his, but just circumstances and an over-possessive woman, who identifies her son as the perfe
46 comments
Read more 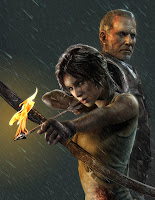 Just for gamers. who have gone mad with the return of Lara -  To a discerning gamer, Tomb Raider is the best game one could ever make from the best elements of some the finest games ever made. Just a rundown about what Square Enix has done:- 1) Taken the tomb raiding quests and made them them side-quests instead of making it the main story. This part is borrowed from Assassin's Creed. Right from o pening the chest at the end and getting rewarded. Its a stroke of genius. The main story is Lara trying to survive against all odds and tomb raiding is just a pastime. Loved the concept, as Tomb Raidng in recent times was become just so tedious. 2) Scalping and hunting animals for loot, which could be used as salvage and also to gain experience. This part is taken from Red Dead Redemption. The best Western Game ever made. 3) Waypoints- Lara can virtually explore the whole Island using FAST TRAVEL from one camp fire to another, which are essentially waypoints scattered all over the Is
27 comments
Read more

BOND AGAINST AL QAEDA/TALIBAN Isn't it high time James Bond took on Taliban and the Al Qaeda. We are sick and tired of him going against clinched villains and long leggy lasses. Daniel Craig gives a really hard edge to Bond and I think he can pull it off. He can try rescuing a hostage from the Al Qaeda or foil some devious plan of theirs. It would make for an awesome movie and for a change we would be treated to something different. Why does the movie industry shy away from a project like this. Are they scared? Its very important for our times that Bond takes on some terrorists, which has some sort of hard hitting reality infused in it. We have so many scenarios to explore. Diffuse a bomb in India, save a hostage from Taliban, prevent a nuclear attack on America.  Bond would even have a plethora of situations to show his emotion, barring his usual crybaby mode for women, who slink into his shoulders.  Bond needs to address real life problems.Skyfall has re-i
55 comments
Read more

AKSHAY KUMAR SINGS IN SPECIAL 26 Of all the stars, who have sung in Bollywood. Akshay Kumar has nailed this song. Akshay has just sang it with incredible pathos and emotion.  Brilliant! Special 26 is an excellent movie, but people haven't noticed this song. They may have, but do they know there is an Akshay Kumar version and it rocks.
32 comments
Read more
More posts